For over a century, immigration has been a means to support population, economic, and cultural growth in Canada. Millions of eligible people from around the world have chosen to reside in Canada and make it their new home. Whether seeking better economic opportunities, reuniting with family members, or seeking protection as resettled refugees or other protected persons, newcomers to Canada have been a major source of ongoing growth and prosperity.

Immigration has helped to build the country that the world sees today – a diverse society with strong economic and social foundations, with continued potential for further growth and prosperity.

What does it take to Migrate to Canada?

Canada has many programs which allow you to come to Canada as a Permanent Resident. Staying in Canada for 1095 days in 5 years will make you eligible for applying for Canadian citizenship.

There are many programs, some of them are:

Need a hand with your options. Take the first step.

GET A FREE ASSESSMENT 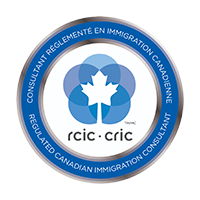 Starting early 2022, you can now take your IELTS Academic test from anywhere in the world